The team announced on 15th April is still unseeded. The members include:

Auckland versus Waikato Annual competition – Unfortunately there was not a lot of competition this year as Waikato won all matches.

The final results for the BSA Cup have been posted in the Results section. Unfortunately, we were a little off the place this year.

The final act for the year will be our AGM. This is scheduled for Thursday 27th November. Pizza and drinks from 6pm with the AGM starting at 7.30pm.

As our season finally draws to a close, our Champion of Champions competition has revealed the results for 2014. Review the results here.

Also, for those who did not receive the Newsletter email, check out our Newsletter page for No. 4

Shooting will be continuing at all Clubs throughout the Summer recess, as well as air rifle and pistol at the new ParaShooting range in Mt Eden. Practice well.

Outdoor 50m shooting is now active with a number of competitions being held around the Country. Unfortunately, Auckland is still without a suitable range, at this time. More anon.

The Individual Interclub results have been updated with that final mark-up scores. Congratulations to all the Grade winners for 2014.

The final Interclub match of the Auckland season was shot tonight and was evenly contested with Howick Division One team pipping Waitakere and winning the Season title.

Division Two was also keenly fought with the Waitakere B team winning on both the night and the Season title.

Congratulations to the winners. Enjoy.

Next Monday 15th is our last Representative shoot for the Commonwealth Cities match. If y0u have been selected, please be at Howick at about 7pm.

Last night was Round 6 of the TSA Interclub competition. Check out the Results page for details. Waitakere won Division One, although Steve P thought Howick could win with just one card !! Howick and Waitakere will go into the last round all level.

The Waitakere Open is on this Saturday 30th starting at 9a.m. Come and enjoy a competition shoot for all grades.

Last night was Round 5 of the TSA Interclub competition. Check out the Results page for details. Waitakere won both Division One and Two with Courtney W providing the best handicap score for the night.

There are only two months of the official season left, so remember to keep your Shooters Performance Card up to date with all your scores.

It is the annual Auckland versus Waikato match this weekend and is held at Dey St., Hamilton this year. Go the Auck’s.

The final teams have been released and are here.

The Commonwealth Games 50m Prone was held last night for the Men and Women. 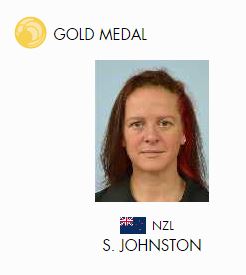 In the Mens, it was great to see that Ryan Taylor got into the Finals match and finished in 6th place. Martin Hunt in his first Games finished 13th.

For anyone who did not receive the latest TSA newsletter, they are posted on the Newsletter page, here.

The last few weeks have seen the Auckland Open shot (no results received yet), a TSA coaching clinic by Steve P and the 4th Round of Interclub.

The coaching clinic was well received and looks like it will be a regular event. The next clinic is scheduled at Howick on 17th July.

The Interclub scores have now been posted in our Results section. It is great to see Steve P back to his usual best with a 299.25. Also, it was great to welcome Laura and Courtney, two young ladies from Waitakere, to the Interclub competition. Both shot really well.

Apologies – a data entry error in the latest Interclub results was flagged. It is now fixed and the new results posted.

The third round of Interclub was held at the Waitakere Club last night. Fortunately the weather was a little kinder than last month and we didn’t need the heaters all night !! Unfortunately, the numbers were down again and the shooting was somewhat patchy. Best performance of the night went to Matthew S for a handicap total of 200.03 closely followed by Peter T on 199.05.

Waitakere managed to win Division One while the Waitakere B team showed the way in Division Two and the individual standings has three new Grade leaders.

Make sure you have the 21st June marked in the diary for the Auckland Open as we will need both shooters and helpers.

Also, we now have a Marketplace page for TSA members to buy/sell shooting items for free. Check it out.

The second round of Interclub is now complete and the results have been posted. Numbers of shooters were up but the scores were down.

Let’s hope our Teams of Ten team finds form at the right time.

Our Teams of Ten rep team has just been released. Currently, it is unseeded. Check out the Team page here. Congratulations to all those selected and good shooting for everyone.

Well the season is upon us with a vengeance, if last nights Interclub was anything to go by !! Best to be written off as just a warmer…

Time to do some serious shooting as Teams of Tens nominations are in and the selectors now have to earn their keep.

First round results are now posted on the Results page.

Just a quick note to say that the Clubs are all now active and Waitakere has a new roof !!

If you didn’t get an email with the new Newsletter, it is here TSA NEWSLETTER #1_2014

Yes, we are now officially into the New Year with a vengeance. The official season starts on April 1st with Teams of Ten on the 5th May. Definitely time to get into training and shooting.

February saw the Smallbore 50 metre Nationals held by Mana for the first time at Trentham. This involves air rifle, 3-P (Standing, Kneeling & Prone) and 50m Prone. The scores were excellent but the number of shooters were disappointing. The results are here, 2014_TSNZ_Nationals_Results.